Environmental destruction is coming to an end. Humanity can no longer wish to reverse damage done with conventional wisdom. Now it will take much more evolved mind-set to create radical solutions to save humanity from tipping point of human extinction.

These radical solutions will come from human beings who are in tune with their higher spiritual truths. They will received the guidance to build products, solutions and services to reverse the damage and bring back ecological equilibrium in much shorter span of time.

These great human beings are learning newly acquired skills of tapping into higher realms of knowledge and will soon start disclosing their innovations to common people using social platforms. They are on uncharted territory but they will prevail, supported by thousands of like-minded evolved beings – these innovations will manifest without support of existing powers that be.

Once these innovative solutions and services find their way into mainstream society, the old rigid structures that have been secretly guarded by the established ones, will soon start dismantling and falling down. Nothing can stop this revolution from happening as it has already happened in MY realm. 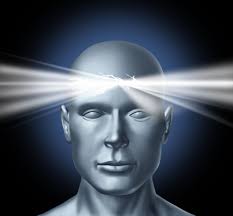 Q: How to improve our Extra Sensory Perceptions?

A: Human being is conditioned since birth. Learning language, enhancing vocabulary, acquiring motor skills for movements, learning vocals, basic expressions, gestures, territories and identities, emotions, fight or flight syndrome, processing so many forms of inputs from so many sources. Doing all this using a tiny ‘limited brain’ creates havoc to the ‘unlimited’ nature of higher mind.

All extra sensory perceptions require two basic things: ‘peaceful environment’ and ability to discern the ‘silent soft perception’ using inner senses. These soft perceptions are overshadowed by your current level of noisy sounds, continuous distractions to the open eyes, erroneous breathing and thinking process and a need to ‘train’ your mind and sensory organs to process data from ‘out there’ and ignore all the so-called ‘junk’ coming out from ‘inside’ as it does not meet the ‘generally accepted standards of belief about reality’….  <Read more>

Evolution does not wait for perfect time to evolve, for time is the prime tool of evolution itself!

New generation always builds up on the achievements or failures of past generations. So your mistakes do not only hurt you, but they hurt your children of next generation as well. That’s how humanity has reached this tipping point of extinction with generations of mistakes built upon the previous ones.

Wars – cries – deaths – pool of blood waiting to be filled all over the world. As if Mother Earth has become thirsty for thy blood – o’ humanity! Scan daily news and you will see disasters, wars, murders, arsenals, wild fires, rage and blood everywhere.Humanity killing each other as well as natural disasters killing innocents. The world has become a war zone. Yet so many places still enjoy the peace, bliss, beauty and equanimity despite the world in turmoil around them!

Zenith – pinnacle of humanity – is far far away looking up from this abyss. Yet despite being with stockpile of nuclear arsenals all around, I see golden future for most of humanity who is ready to change with the world around them changing fast. The change will be forced by nature and divine creative force descending soon on this planet from high above.

Antarctica, the icy cold region, is frontier of human civilization in extreme & hostile environmental conditions. Mata Hari, the spy, lived a meaningful life for her country in dangerous times.…

By continuously working within our comfort zone only, we slowly get used to the patterns, which help in mastering it, specializing in it, however can also make us stagnant and caught in same repetitive patterns, never allowing ourselves to get out of it. As we get older, these strong repeated patterns define our life to the larger extent, making us really old, losing the risk-taking, rebellious nature of the youth, settling in the life, within our comfort zone.

So for best of both worlds, we must learn to use repeated patterns to master / specialize /become experts and simultaneously work to break pattern and use chaos to learn new patterns / new ways to broaden our horizons and keep youthful energies intact.

Patterns are used by nature everywhere – from simple grass and bacteria to giant nebula and human behavior. Patterns are used in creation, expansion, destruction and evolution through all of this. Some patterns are stuck in circular repeated patterns yet most are evolving spiral patterns. Patterns can be seen in individual choices to choices made by countries at larger level.

Overall as per fundamental structure of the universe, patterns can be either positive/expansive or negative/collapsing in short term or over the long term. For me, the patterns of asking fundamental questions on every topic and understanding the gist/overall picture is a positive pattern – but same can become a block not allowing me to take interest in details of any particular topic. These positive/expansive patterns and negative/collapsing patterns are neutral per se and it’s up to the observer to mark them as positive or negative.

This freedom of choice exerts pressure on us to break free from our human patterns, ancestral patterns, community patterns, national patterns, sexual patterns, family patterns, previous lifetime patterns, learned education/society/belief patterns and so on. It does not matter whether a person is a daily worker with set routine or a highly creative performer artist – the pattern affects both equally. It is as difficult for the artist to work in a genre outside his/her comfort zone as it is for the daily worker to work differently in a different environment for a different task – breaking his/her daily routine.

Patterns can be seen in writing of accomplished authors, in acting of superstar actors, in paintings of great painters, in melodies of gifted musicians and in talks of charming statesmen. Their success is about the positive outcome of mastery over the pattern (zone) which is the crescendo of the spiral that is still opening up to infinity signaling no end to excellence – they can still spend lifetimes over life times in their profession mastering and advancing on the same pattern. Or maybe suddenly they pick up another pattern to learn where they find themselves at the beginning of the spiral – there is a long way to go to master it!

Even the gods depicted in Hindu mythology have typical patterns associated with them. The creation specialist – Brahma, destruction specialist – Shiva and expansion/maintenance specialist – Vishnu are the basis of the types of patterns of energies governing the universe.

– Amitt Parikh – The Mysterious One

“Troubles are good as they question your status quo and propel you to take new actions – leading to changes that lets the evolution happen.”
– The Mysterious One